A new umbrella association has been set up to represent residents and ratepayers in Western Australia.

When enough is enough!

The only voice residents and ratepayers have is through the Supreme Court which costs a bomb, and usually rules in favour of developers and Councils.

After the Supreme Court dismissed the Swan Foreshore Protection Association’s application for a judicial review into Melville Council’s ground lease for the proposed wave park in Alfred Cove, the SFPA chairman Clive Ross called on members of other associations and Julie Matheson, founding member for DAP Affected Communities, to join him in forming a new umbrella association called the West Australian Ratepayers and Residents Association Incorporated.

This umbrella association will operate in a similar way to WALGA which represents Local Councils who use ratepayer funds to pay WALGA for representation in State Government, Federal Government and tenders for services.

“We propose to put a motion to each Annual Electors’ Meeting due this month seeking the same dollar for dollar amount as the subscription fee paid by a council to WALGA each year”, said Mr Ross.

“I am delighted to join one of the founding members of DAP Affected Communities, Cr Julie Matheson of Subiaco, to contact all communities and their relevant associations to join forces to have a political voice to effect change in local government and State Government’s rules and regulations which sidelines our Western Australian communities as second rate citizens”, said Mr Ross.

Please see the proposed Motion to be moved and seconded by residents and ratepayers at their Annual Electors’ Meeting: 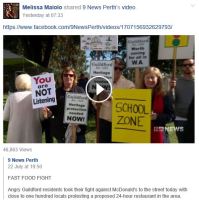 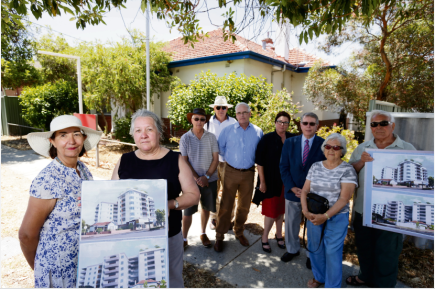